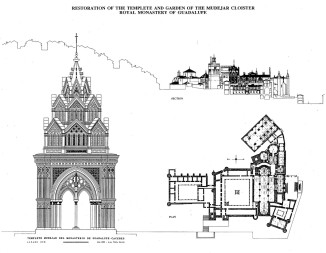 The templete is located in the center of the 14th-century cloister of the monastery and stands as a rare surviving example of Mudejar Architecture, aq synthesis of construction elements from Christian and Islamic traditions in Spanish medieval art.  Ms. Ibarra headed on-site an international team of conservators and restorers brought together under the auspices of The World Monuments Fund.  The ten-month project was completed in 1992, highlighting the quincentennial year of Columbus' voyage to the New World.  In 1993, The Royal Monastery of Santa Maria de Guadalupe received distinction as a World Heritage Site from UNESCO for its exceptional ensemble of religious architecture spanning over six centuries.  In 1995, the project was awarded the Europa Nostra Prize for outstanding achievement in heritage conservation.

"The Royal Monastery of Santa Maria de Guadalupe is an important religious destination and significant cultural heritage site in Spain.  Its place in the history of Spanish exploration is paramount.  It is a fascinating monument, one which holds profound meaning to the region and its people.  Guadalupe will always hold a special place in my heart." - Ms. Ibarra 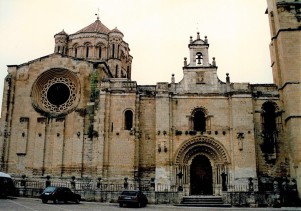 The notable portal, located at the southern entrance, is decorated with polychrome sculptures dating from 1284-1295.  The church is characteristic of transitional Romanesque architecture in Spain.  WMF worked to conserve the portal from 1987-1998. The work involved extensive archival research, a range of material analysis, documenting studies of the various layers of polychromy, and compiling the work into a comprehensive conservation assessment. 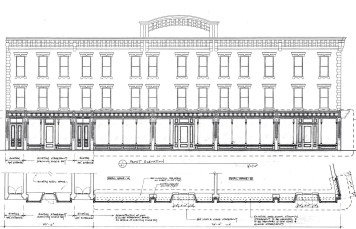 The storefront’s original façade was lost after decades of neglect and disrepair. Except for a small section of the original storefront that was salvaged, the rest of the storefront became a brick wall.  The owner's dream was to bring back the old-world style of the original facade.  The original design was re-created based on archival records and old tax photographs, and most importantly, the details from the salvaged section. The finished project received the Brooklyn Building Awards recognition, in 2004, honoring the project's positive impact on the borough's economy and quality of life.